Telesys Voice and Data has been serving the Dallas/Fort Worth area since 1994, providing IT Support such as technical helpdesk support, computer support, and consulting to small and medium-sized businesses.

Tip of the Week: 4 Key Spots Every Business Should Cover With Security Cameras Whether you are looking to prevent theft, curb employee time-wasting, or get a handle on workplace efficiency, security cameras are a solution that prevents and protects you from a wide variety of issues. There aren’t many instances of hackers targeting physical infrastructure, but the few that make themselves known tend to be quite catastrophic. Take, for example, the devastating cyber attack on the Ukrainian power infrastructure, which left thousands of citizens powerless. Now, several months later, authorities believe that other major countries could also become a target of similar attacks. 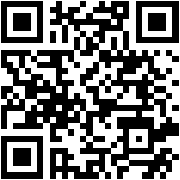